BMW i6 electric sedan in the works?

BMW is reportedly cooking up an i6 electric sedan to challenge the Tesla Model S, as well as the upcoming Audi E-Tron GT and Mercedes-Benz EQS. Italian website Autoblog.it reported in December that the i6 will be launched around 2024. The car in range-topping guise will reportedly boast 120 kilowatt-hours of battery capacity and a dual-motor powertrain good for 670 horsepower.

BMW is already testing such a powertrain. It’s a modular design that could be fitted to most of the automaker’s existing lineup. In fact, most of BMW’s future EVs will be battery-electric versions of core models, like the X3-based iX3 due later this year and 4-Series-based i4 due in 2021 and previewed by 2017’s i Vision concept (shown above). Even the much-hyped iNext is expected to be based on the X5, and thus will likely end up labeled an iX5 when it debuts in 2021. 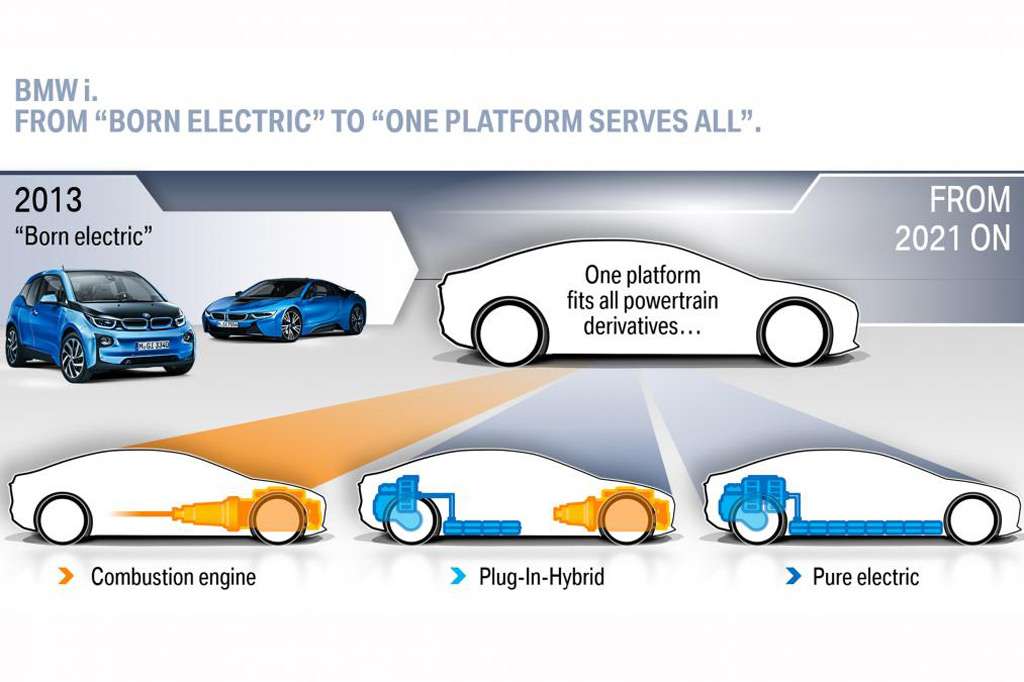 However, the i6 will be a standalone EV filling in for the discontinued 6-Series Gran Coupe, according to Autoblog.it.

Other BMW EVs thought to be in the works are a 1-Series-based i1 and 7-Series-based i7. We know the automaker has secured naming rights for potential vehicles ranging from an i1 to i9, as well as from an iX1 to iX9, so there could be even more in the future.

Recall, BMW Group, which also includes the Mini and Rolls-Royce brands, is in the midst of an aggressive electrification plan that will see 25 models with a plug launched by the end of 2023, and over half of these will be battery-electric cars.